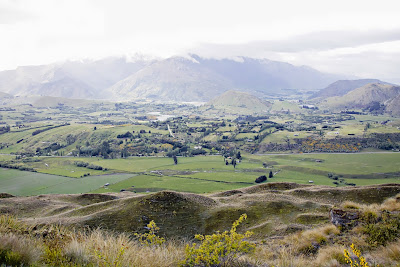 Our first full day in Queenstown was the beginning of a great adventure.
Jetboating on the Shotover River in Skipper's Canyon is the Extreme Activity on the agenda!
But first, we took a van out of Queenstown and ventured into Skipper's Canyon. 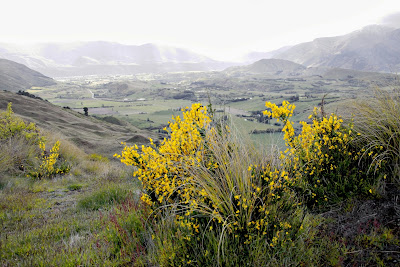 We stopped for some scenic views.
It was early morning and a bit chilly outside. 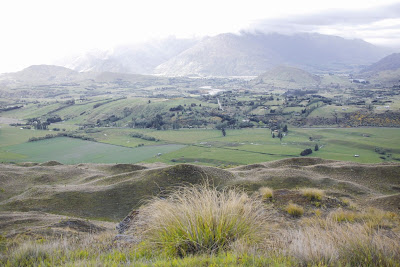 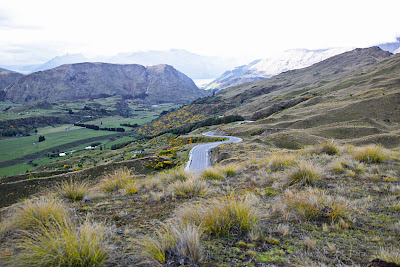 This is a view of the road we were just on which leads back to Lake Wakatipu/Queenstown. 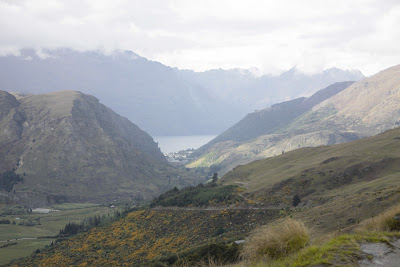 Another glimpse of Lake Wakatipu.
So far the journey has been beautifully scenic just as we expected! 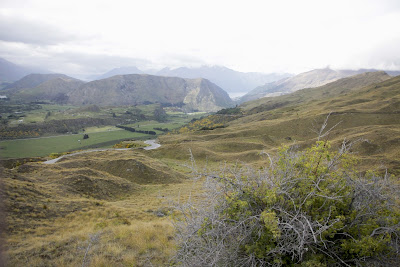 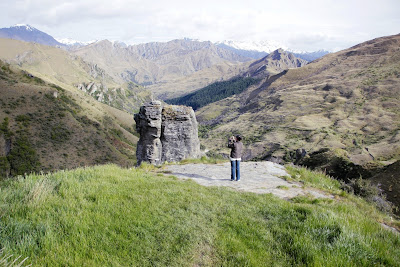 Getting here, however, was VERY exciting.
We traveled on a one way bumpy dirt road (so it appears to be one way) with no railings and a LONG way down to the bottom.  We were ever so glad that our driver had been here at least once before...no he has made a lifetime of trips back here.
We stopped here for an amazing view of an area where scenes from the "Lord of the Rings" was filmed. 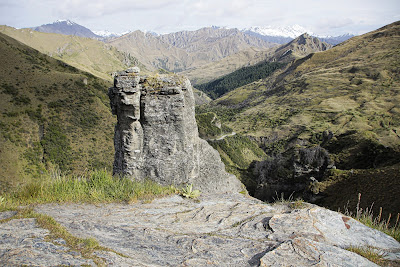 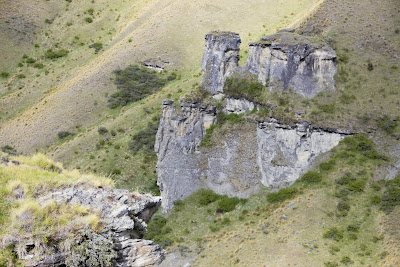 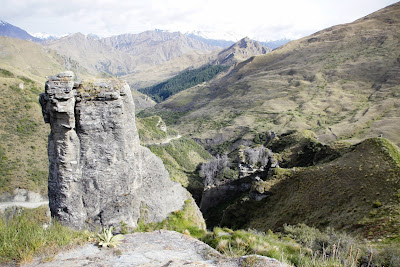 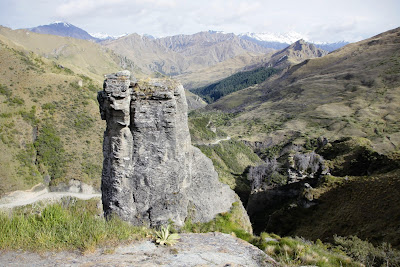 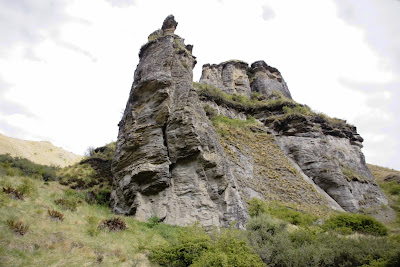 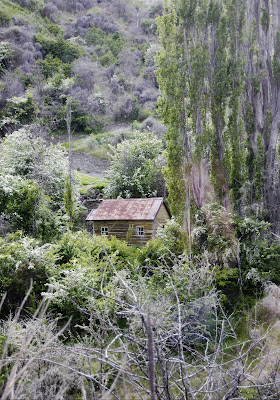 Skipper's Canyon is also a place where gold mining took place back in history.
We had a chance to do a little panning too.
Jerry and I actually found 4 itty bitty flecks...didn't change our lifestyle, though.
This old shack housed some miners way back when... 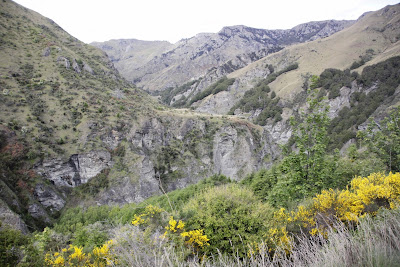 We're nearly at the part of the canyon where the amazingly beautiful Shotover River can be viewed from the road...just so the driver doesn't look down!
I started to believe that the drive in and out of the canyon might be more of an adventure than the jetboating!
Skipper's Canyon Drive
November 30, 2012
﻿
Posted by Carolyn Ford at Monday, July 08, 2013